With dozens of neighborhoods holding their own rich and vibrant history, unique community, and special activities, you can be sure to experience all walks of life, even just a few steps away.

The downtown is the cultural and commercial center of Altoona and straddles the famous railroads. As is typical to a traditional city layout, the downtown is centrally located and contains significant development in all directions from the downtown.

In the heart of downtown Altoona, there’s a public park that was dedicated in 1907. Originally part of a farm owned by John A. Wright, the city purchased the land in 1871 for $6,900. Before the growth of Altoona, this was the very center of town. Gospel Hill, as it is known, was home to the evangelists, who used it as a place to preach back when churches were still few and far between.

Gospel Hill has been home to many historic events over the decades. Most notable among them was a 1912 visit from President Taft, celebrating the 50th anniversary of the War Governors Conference that took place in Altoona half a century earlier during the Civil War.

On May 19, 1990, a 30 ft. x 60 ft. flag was erected on Gospel Hill. The flag was one of the first projects of Altoona’s Sesquicentennial Commission. In 1998, the Gospel Hill Flag Fund was established with the Central Pennsylvania Community Foundation. The flag still flies proudly to this day, replaced three or four times a year at a cost of $2,000 per flag.

Logantown is the area just north of Downtown and is considered a direct extension of Downtown. It borders Fairview along 16th Ave, Willow Ave and Cherry Ave to the north, 13th Ave and Chestnut Ave to the south, and Juniata Gap Road to the east. This is where UPMC Altoona is located, which is the tallest building in Altoona at 14 Floors. This is also where Cricket Field used to be located. Logantown is zoned as a mix of commercial and residential and contains some of the oldest houses built in Altoona that are still standing.

Fairview is a mostly residential area North and West of Downtown and Logantown. It borders Calvert Hills to the south at 12th Street, Downtown, and Logantown to the east along 16th Ave and Willow Ave and then along Cherry Ave after 5th Street, and borders Juniata Gap Road to the north. Fairview is zoned as multiple household residential in the areas directly bordering Downtown, and transitions to single-household residential after 21st Avenue, and eventually to suburban after 24th Ave. Many houses in the part of downtown near Fairview and lower Fairview are the middle-density mansions originally owned by managers and executives of the PRR.

Fairview Township was settled in 1797. Fairview is one of the original 16 townships in Erie County. The name was derived from the exclamation of businessman Colonel Thomas Forster in 1797, who declared as he looked out over the land he had purchased at the mouth of Walnut Creek: “This is the fairest view I have seen yet.”

Early in the 19th-century stagecoaches traveled through Fairview. In 1844 the Erie Extension Canal began operating. By 1961, Interstate 90 and a local interchange were constructed in the township. The Sturgeon House was listed on the National Register of Historic Places in 1980. In 1998, Fairview Township annexed Fairview Borough.

Juniata is defined as north of Juniata Gap Road, east of East 25th Ave, and on the west side of the railroad line. The area is zoned as mostly residential limited, but also uniquely has a significant area of light and heavy industry as well as a central business area. This is because Juniata was once its own city, and was incorporated into Altoona in the late 19th century. Because of this, the section’s street names had conflicting numbers with the rest of the City and had to be given a North prefix.

Lakemont is located southeast of Garden Heights between Frankstown Road and Logan Boulevard. While residing within Logan Township just outside the official border of the City and designated as the “Village of Lakemont”, it is commonly accepted as a section of Altoona. In fact, Peoples Natural Gas Field the home of the Altoona Curve resides in Lakemont. Also in Lakemont is Lakemont Park and Galactic Ice. Lakemont is zoned as a single-household residential, residential commercial, and highway business.

Mansion Park is named for the Baker Mansion, one of its prominent houses. There are several streets surrounding the old plantation where mansions built in the early 20th century still stand. Mansion Park Stadium is also located here, which is the 10,000 seat stadium where the Altoona Area High School Mountain Lions play. The Mansion Park area is located east of 6th Avenue, with Logan Boulevard and Ward Avenue to the south, 27th Street to the north, and a block past Union Avenue to the east.

Highland Park is the area south of Logan Boulevard, east of 6th Avenue, north of 57th Street, and west of Ruskin Drive. The name comes from the hill that the area is centered on is the only significant highland in southern Altoona. The actual Highland Park is located on top of the hill. Highland Park is zoned entirely suburban. 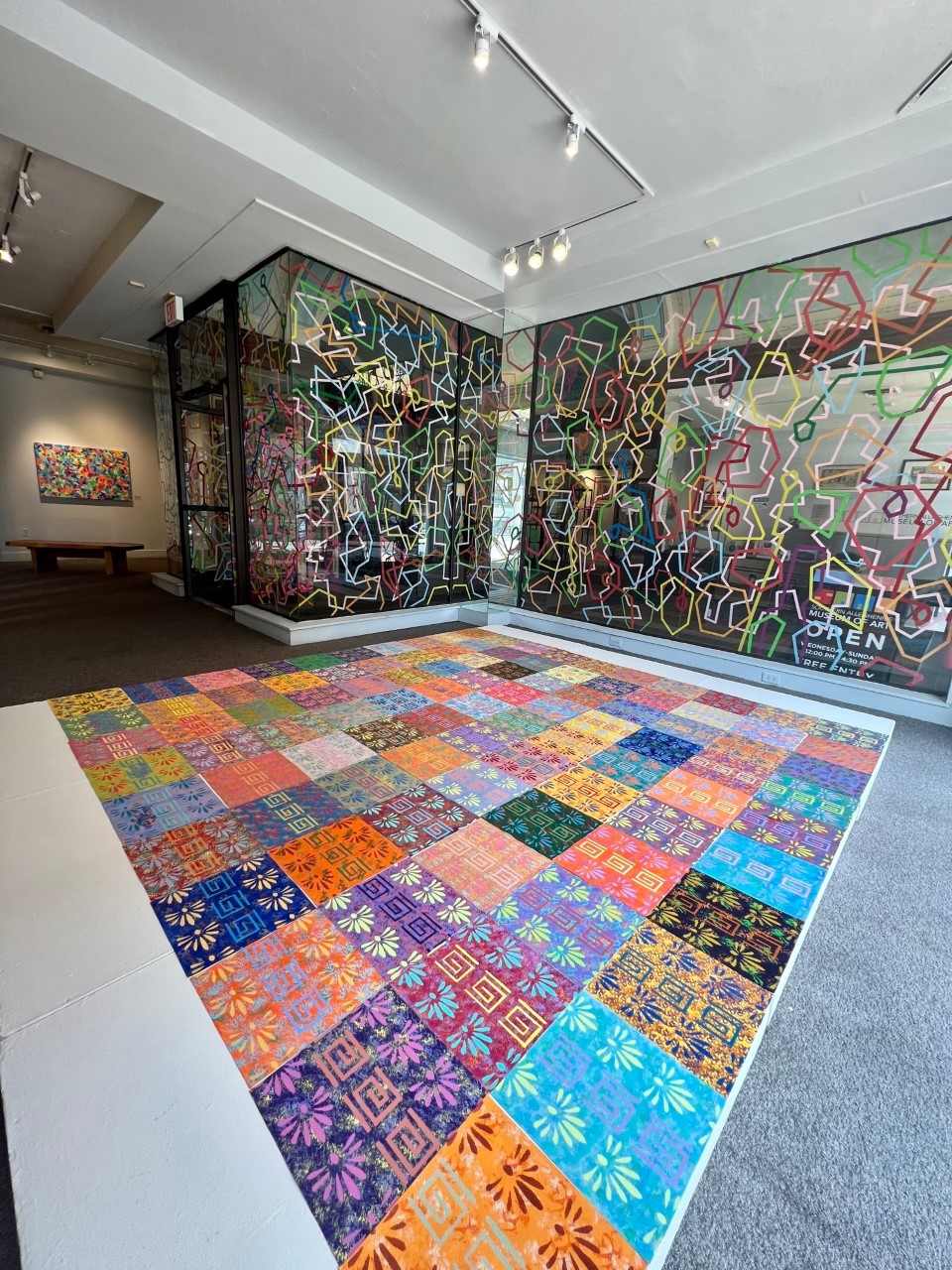 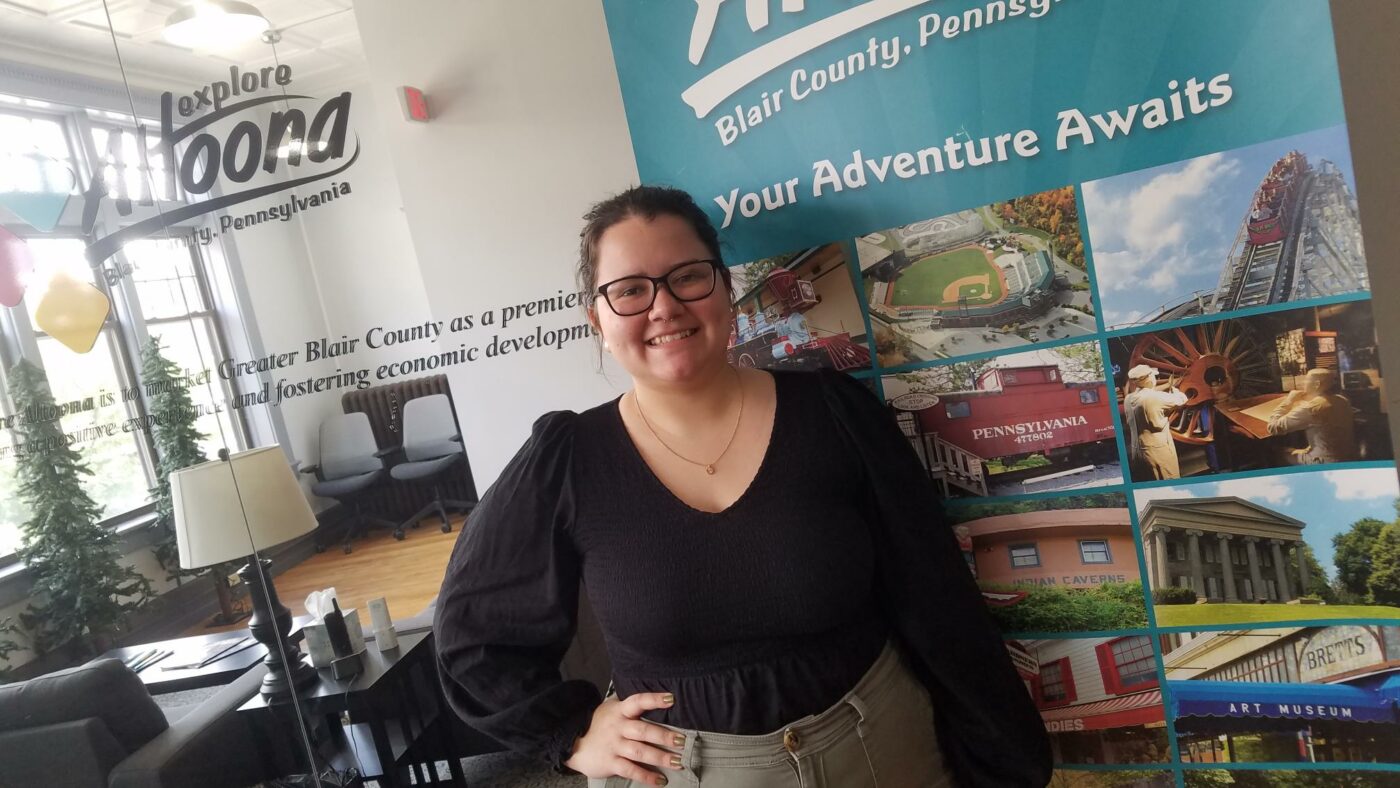 Appreciate (And Explore) Your Own Backyard 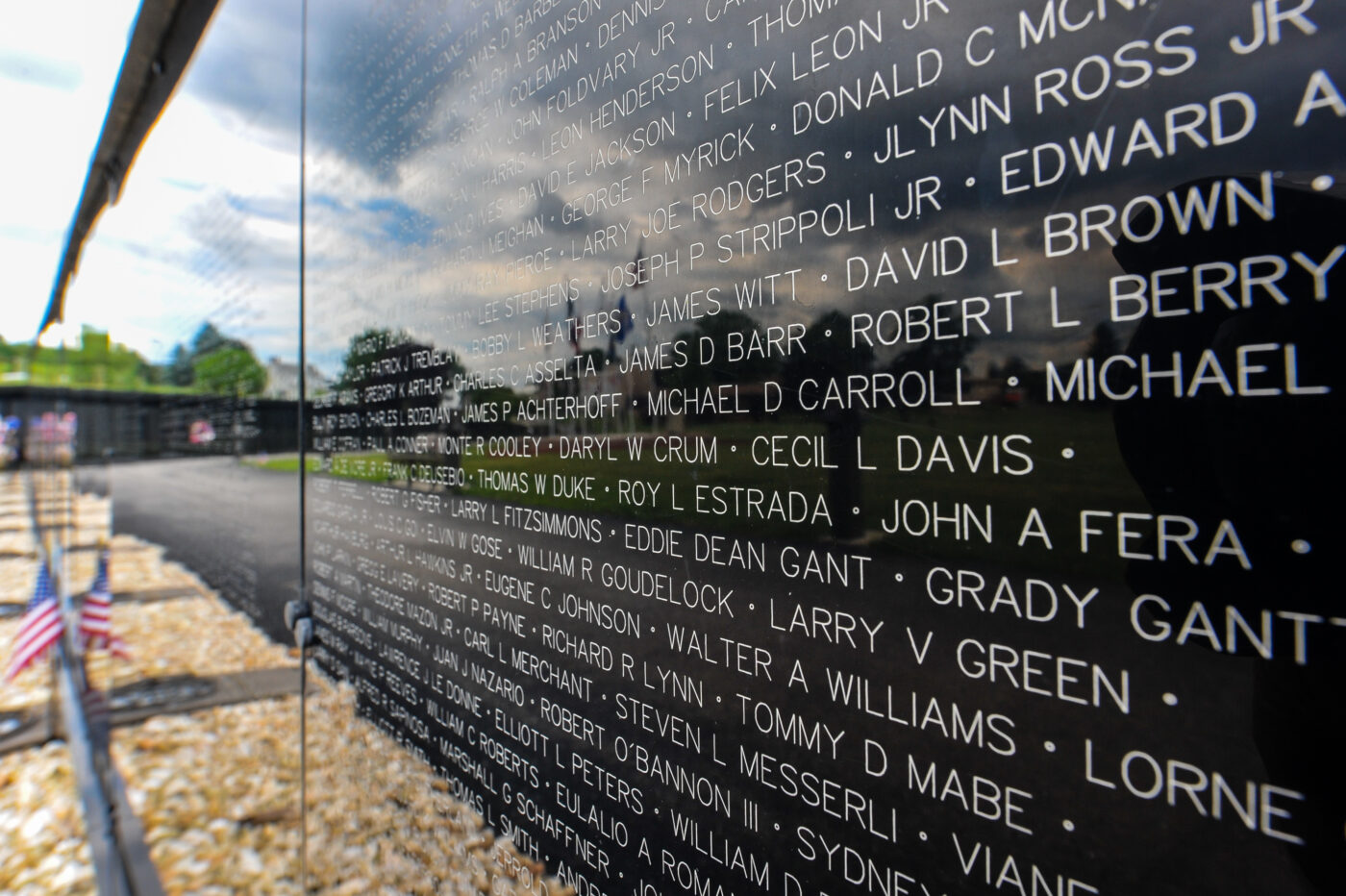 The Wall That Heals 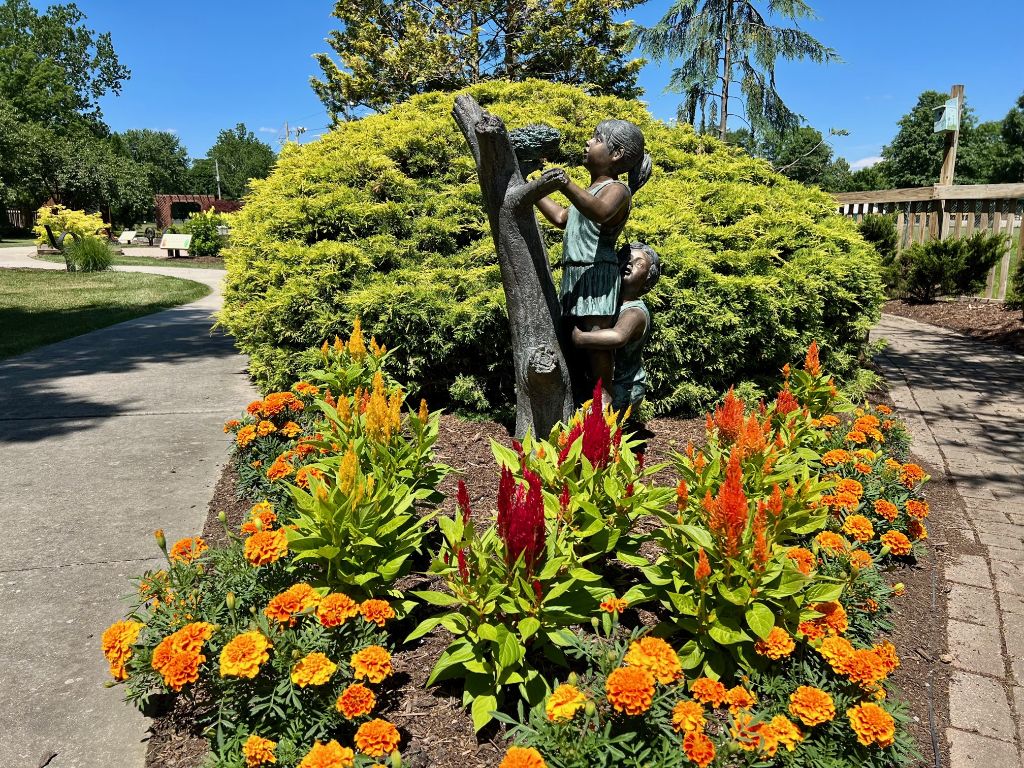 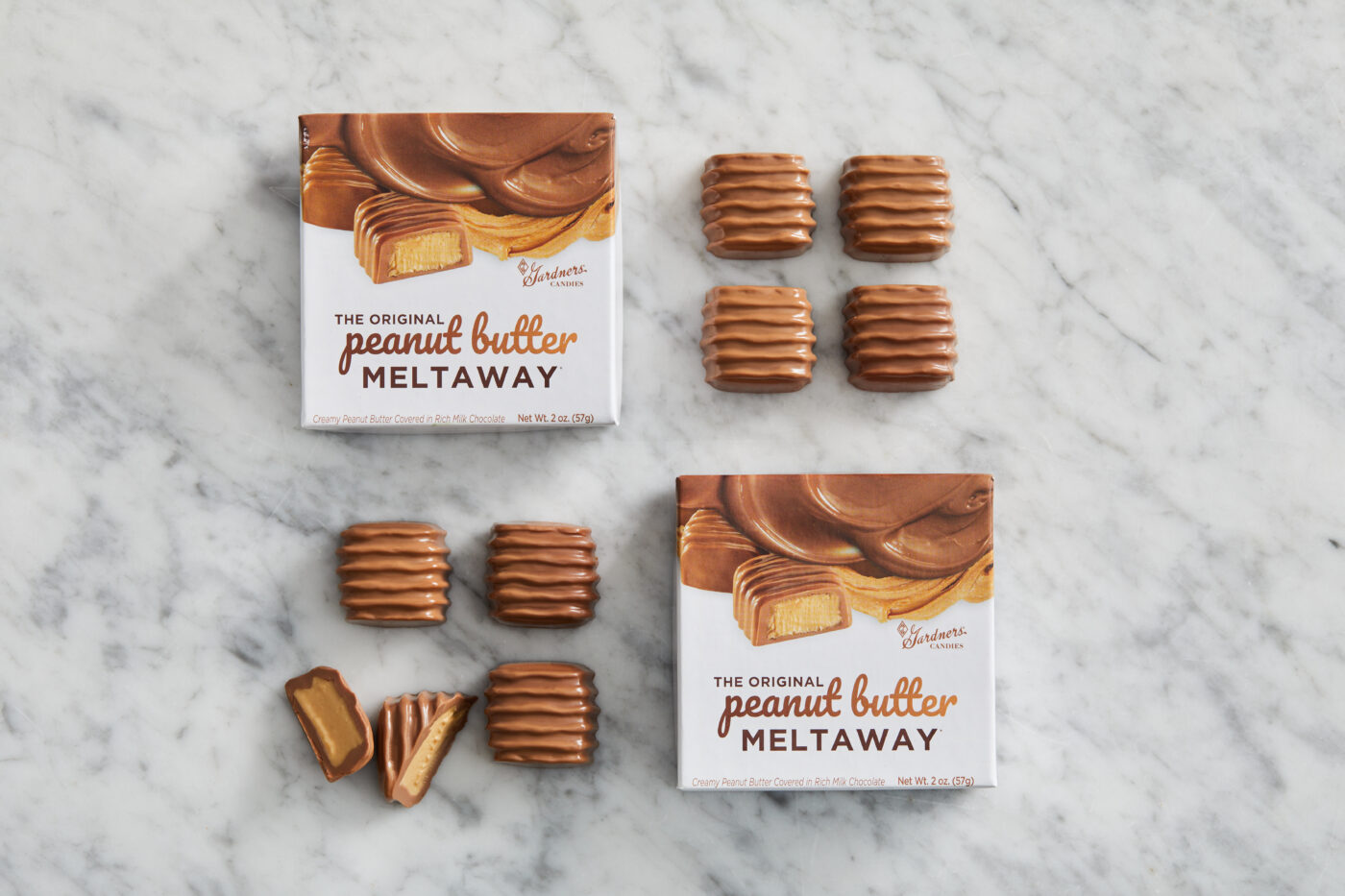 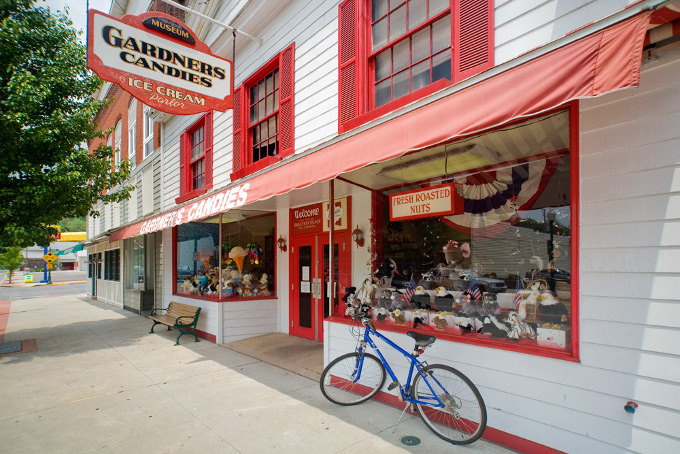 The 125th Anniversary Of A Local Favorite