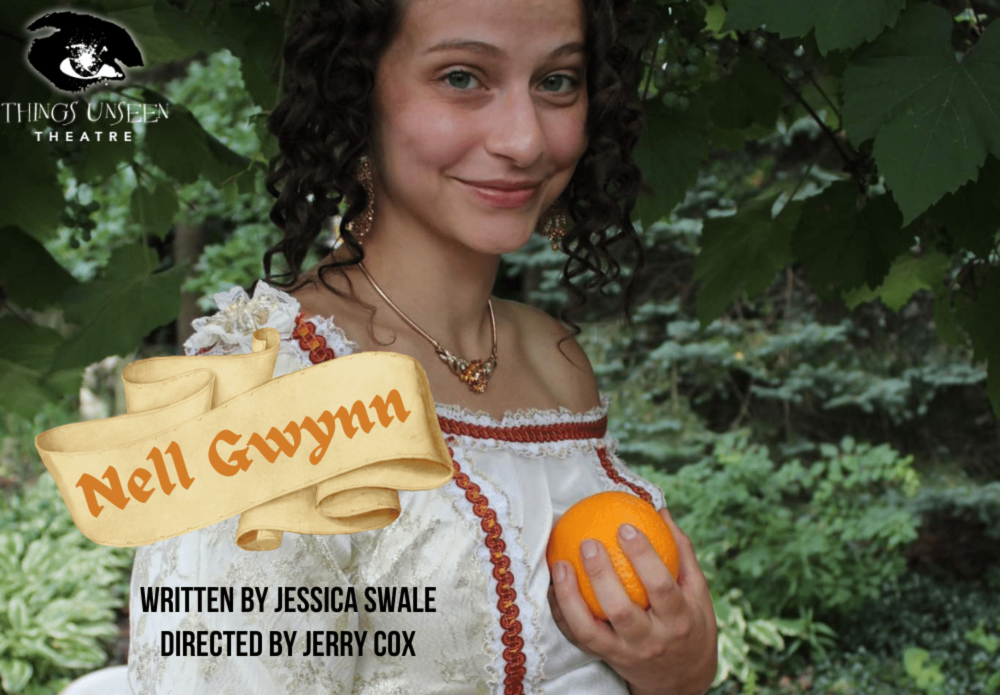 Save the dates!
Things Unseen Theatre has announced a run of Nell Gwyn at the Church in the Middle of the Block, September 8-11.
London, 1660. King Charles II has ascended to the English throne and restores theatre and performance following the Puritannical reign of Oliver Cromwell. He lives a hedonistic lifestyle, with a love of all things flamboyant, extravagant and sexy. At the playhouse in Drury Lane, orange-hawker, Nell Gwynn, is making waves of her own. When she takes to the stage as one of the first female actors, she causes bawdy havoc in a male-dominated world, and soon comes to the attention of the King. Rising from her roots in the slums, she becomes the nation’s most celebrated actress and, infamously, the favorite mistress of the King. However, her meteoric rise to fame comes with its own dangers. With her family and her friends at risk, Nell must decide where her future lies….on the stage or at the Palace.