Hyronomous A. Frog The Frog Prince 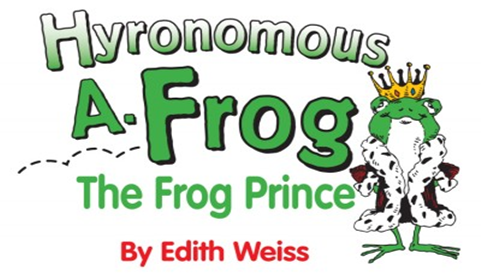 Hyronomous, an inept and lonely frog, is bored and unhappy. He’s larger than the other frogs and hates the taste of flies. The good witch Gloria tells him he was once a human prince, and to break this curse he must be kissed by a maiden. He sets his sights on the spoiled and petulant Princess Gladiola, who is engaged to the painfully pompous Sir Lancelot Pancelot. This delightful tale features a Rap throw down about table manners, a sneering, spoiled princess in a tiara, and a sword fight with memory lapses!